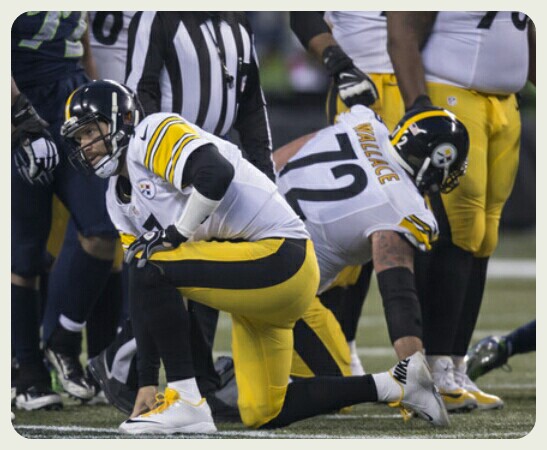 On Sunday, NFL fans watched as Pittsburgh Sterlers quarterback Ben Roethlisberger took a helmet-to-helmet shot from Seattle Seahawks pass rusher, Michael Bennett, as he was sandwiched between a teammate and another Seattle player. Late in the game, Roethlisberger was seen talking to the team’s doctor on the sideline. Landry Jones finished the game at quarterback. Roethlisberger was placed on the league’s concussion protocol.

Roethlisberger appeared on the weekly radio show 93.7 The Fan on Tuesday saying that he felt like he was looking through water after the hit, staying down on the field to clear his head before taking the next snap. Roethlisberger later self-reported his issue to the Steelers doctor.

“I have played through many injuries, but the brain is not an injury you want to play with,” Roethlisberger said. “When you’re done, you want to be a husband or father. And if I have these brain injuries, it’s not worth it.”

Roethlisberger says he does not have a concussion, but something like a migraine and expects he will start against the Indianapolis Colts.

In his Tuesday press conference, head coach Mike Tomlin said Roethlisberger suffered “what is now being described as a concussion”, explaining that the Steelers remain to keep ‘Big Ben’ under the league-mandated protocol. The Tomlin statement seems indicative of the Steelers considering Roethlisberger’s condition and situation serious enough to limit him under the guidance of the protocol and team medical staff.

The NFL and NFLPA are both investigating the hit to Roethlisberger, according to ESPN, as well as the protocol medical spotters followed in not notifying the sideline immediately that Roethlisberger had a potential head injury. Instead, it was the self-reporting by Roethlisberger when he came off the field at the end of that offensive series that led him to agree with team medical staff to head to the locker room before the game ended.

As more news become available, we will follow up on Roethlisberger’s status.