FA CB Brandon Boykin Open to a Return to the Steelers; Will They Bring Him Back? 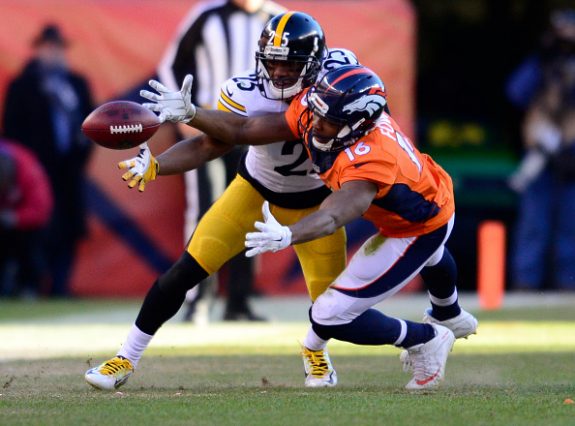 Free-agent cornerback Brandon Boykin, who’s spending the early part of the offseason training at a boxing gym in the Atlanta area, said he’s open to a return to the Steelers despite a rough first four months with the organization, Jeremy Fowler of ESPN.com reports.

Boykin is Pro Football Focus’ 10th-ranked free-agent cornerback. He recorded six interceptions with the Eagles in 2013. But after the Steelers traded a fifth-round pick for him on Aug. 1, they kept him on the bench for 12 games, relegated to special teams duty.

He finally broke the lineup in Week 13 and acquitted himself well with 1 interception, 2 passes defended, 1 forced fumble and 1 sack. He finished the year playing 24.7 percent of the defensive snaps, ranking seventh among Steelers in the defensive backfield, which struggled at times in 2015. Russell Wilson’s five-touchdown performance in a Week 12 Steelers loss finally prompted coach Mike Tomlin to shuffle the lineup.

Boykin said he didn’t know why he sat out and didn’t want to cause any commotion, so he kept his head down until he got a chance. Overall, his experience in Pittsburgh was a positive one.

“At the end, the organization said they appreciated how I went about it, being a pro, not really talking about it,” Boykin said. “I don’t have any hard feelings toward Pittsburgh. Absolutely, under the right circumstances, for sure [I’d return].”

Rooney Talks Salary Cap and Signing Players: “We Will Have Work To Do”
James Harrison to Be Back with the Steelers in 2016 According to Agent