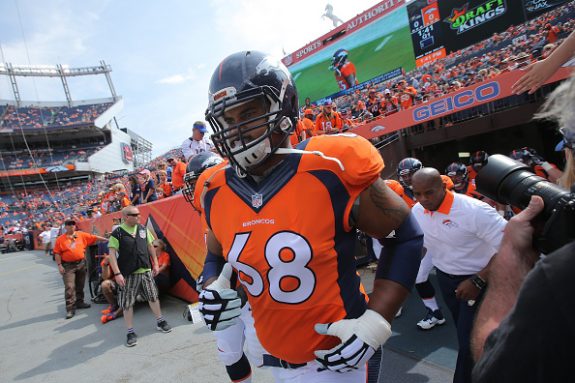 The Steelers on Tuesday made up for what will be the likely loss of Kelvin Beachum in free agency by coming ot terms on a deal with 31-year-old free agent tackle Ryan Harris, who comes to the Steelers after winning a Super Bowl with Denver.

Reports say the deal is a two-year deal worth, $3.9 million.

The third round pick of the Broncos in 2007 started in all 16 games last season. He’s 6-5, 302 pounds and in between stops with the Broncos also played in Kansas City and Houston.