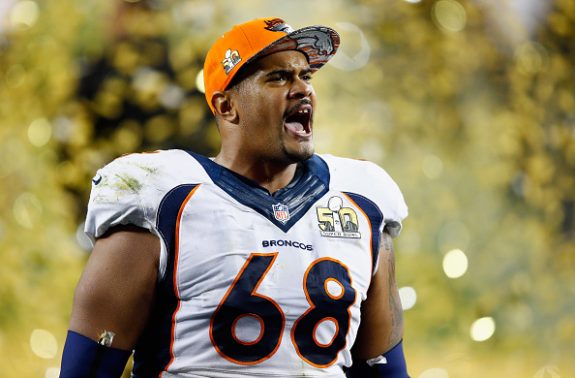 The Steelers have already met with one offensive tackle in free agency in Seattle lineman Russell Okung, and today the team is chatting with 31-year-old free agent tackle Ryan Harris.

Harris was with the Super Bowl Champion Broncos last season, and during the season moved from right to left tackle due to injuries. He inked a one-year deal with Denver after the team lost Ryan Clady with a season ending injury in May.

He was drafted by Broncos out of Notre Dame in the third round of the 2007 draft. He also has played with the Chiefs and well as Texans before coming back to Denver last season.

He played and started all 16 regular season games last year, and played 90.7 percent of the team’s offensive snaps, and even played on special teams.