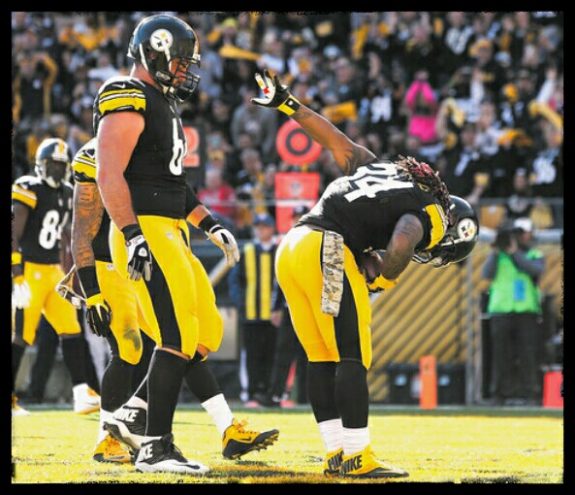 If there’s one current Steeler who is not afraid to say how he feels, it’s running back DeAngelo Williams. From day one Williams has been a class teammate, and hasn’t worried about getting under the skin of other teams with his comments.

The Steelers running back spoke out about the teams’ playoff run, and while they didn’t make it to their goal, Williams says that all has to do with a certain player (Vontaze Burfict) in Cincinnati who knocked out their star wide out late in the AFC Wild Card Game.

“For me, my rival throughout my year will be the Cincinnati Bengals,” Williams told ESPN. “I don’t think there was any doubt in my mind if AB was not interfered on or hit the way he was hit, however you want to label it — there’s no doubt we go on and give the Broncos hell.”

Williams does have a valid point. The Steelers were very much in the divisional playoff game against the Broncos before eventually falling 23-16 to the eventual Super Bowl Champions in Denver.

The Steelers backup RB to Le’Veon Bell was hurt in the final regular season game at Cleveland, and wasn’t able to go in either playoff game for the black and gold.

As for Burfict, he’s sitting the first four games of the season, and it’s not known as of yet it any of those will be against the Steelers.