Steelers Prove Opponents Can Throw The Ball Against The Seahawks 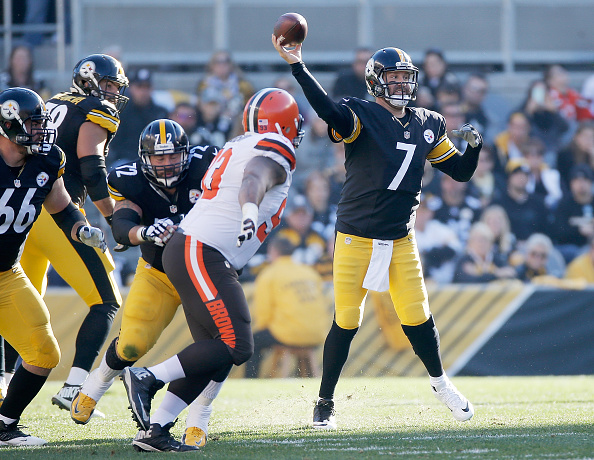 During week 12 of the 2015 NFL season, the Pittsburgh Steelers threw the ball a lot against the Seahawks, employing a strategy that most teams in the league try to avoid when playing the Seahawks. The strategy didn’t result in a win for Pittsburgh, but it provided a blueprint for the rest of the league showing how to throw the ball against the best secondary in the NFL. With both the Steelers and Seahawks having favorable NFL odds to win the Super Bowl, both teams could face each other in the biggest game of the year, in what would be a rematch of Super Bowl XL.

In the week 12 meeting, the Steelers, who have moved away from their smash mouth running attack in recent years, hardly ran the ball against Seattle. In fact, they has an 81.3 percent pass to run ratio, which was the fifth largest ratio in a game last season. Last season, teams that had a pass to run ratio higher than 70 percent lost 80 out of 85 times, and the New England Patriots were the only team to win when throwing more than 80 percent of the time, which they did twice.

The Steelers lost to the Seahawks by nine last season, but they never trailed by more than a touchdown until the final minutes of the game. The fact that they were able to lead for most of the game while throwing the ball as much as they did, was surprising because teams that play Seattle tend to try running the ball more than they pass to avoid turning the ball over.

In the opening game of the 2014 season, Aaron Rodgers, who went on to win the MVP award that season, only threw the ball to one side of the field because he didn’t want Seattle cornerback Richard Sherman intercepting the ball or forcing a fumble. The fact that Rodgers, who is considered one of the best quarterbacks in the NFL, avoided throwing to one side of the field, illustrates how much teams don’t like throwing the ball against the Seahawks.

Ben Roethlisberger and the Steelers didn’t have much of a choice going into their matchup against Seattle, Pro Bowl running back LeVeon Bell had torn his ACL earlier in the month, and head coach Mike Tomlin didn’t want backup DeAngelo Williams, who had done a great job filling in for Bell earlier in the season, to take too much of a punishment, so the team opted to throw more.

With weapons like Antonio Brown and Martavis Bryant at the wide receiver position, the Steelers were confident in their ability to throw the ball effectively. Pittsburgh’s gamble was hit and miss, the Steelers racked up 480 passing yards, which is unheard of against Seattle’s Legion of Boom, but Roethlisberger also had 4 interceptions, while throwing only one touchdown pass.

Pittsburgh Steelers defensive coordinator Keith Butler talks Artie Burns
Is Le’Veon Bell Worth $15 Million? The Steelers May Have to Decide If He Is