Bet On The Steelers To Iron Out The Kinks 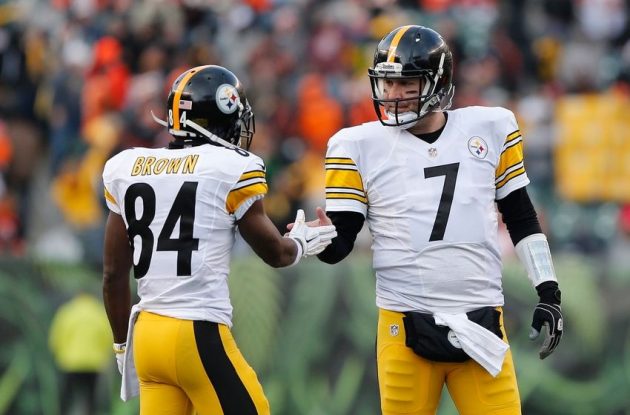 Touted as the Super Bowl contenders entering the 2016 NFL season, the Pittsburgh Steelers are currently on the fringe of actualizing that forecast.

Though they won two of their first three games and still possess the third best Super Bowl odds in the league (+900), some red flags have already emerged—most notably, and definitely most surprisingly, on the offensive side of things.

Ben Roethlisberger is presently on pace to post the worst completion percentage of his career. The Steelers offense has showed it can still put up points in a hurry, and Big Ben already has six passing touchdowns to his name, but this foreordained points-piling powerhouse is hovering in the bottom half of points scored per game.

Part of this is owed to the Week 3 loss that they suffered at the hands of the Philadelphia Eagles. The Steelers mustered three points against a Philly defense that’s been shockingly stingy, while Roethlisberger didn’t toss a single touchdown pass.

But that game, that loss is an anomaly. The Steelers edged out a quality squad in the Cincinnati Bengals in Week 2 by a final score of 24-16 and they absolutely dismantled the Washington Redskins, 38-16. Any struggles they’ve exhibited are likely temporary and the result of early season rust—if we can even say that much.

Plus, most among these offensive concerns are out of Big Ben’s control. The Steelers don’t really have a true deep ball threat right now, though that should change. 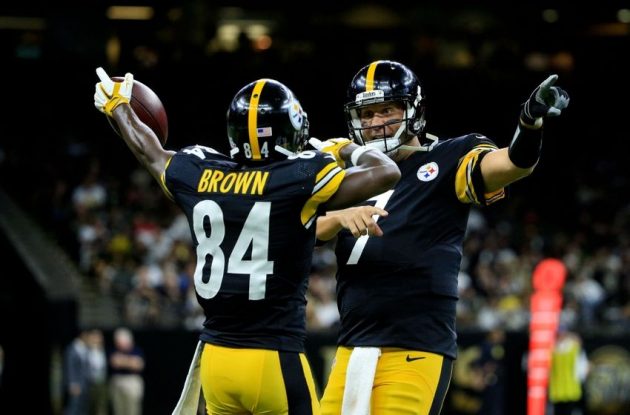 Martavis Bryant is suspended for the season, which has allowed defenses to zero in on Antonio Brown, who is working that much harder to post his usual, out-of-this-world stat lines. Even when he’s limited to shorter routes—quick cuts and slants that depend on him to create opportunities after the catch—he’s incredibly dangerous. Besides, the yardage he’s racking up on average, per catch, isn’t plummeting. It’s within in striking distance of last year’s, which is yet another good sign.

Equally great, Pittsburgh’s defense once again ranks middle of the road in points allowed per game. If the Steelers can be average, let alone above average as they are now on the less glamorous side of the ball, they’ll be sitting pretty once their offense recaptures its expected form.

And that should happen. Remember, we’re only three weeks into the season. Big Ben will get in a better groove so long as he stays healthy and the return of a Le’Veon Bell will open things up for everyone.

Backup DeAngelo Williams has been admirable in his absence once again, but he’s simply not as good on the ground. His game is more ground-and-pound, while Bell’s is finesse mixed with dexterity cut with explosion. Bell is also more of a threat as a pass-catching back. Having him coming out of from behind Roethlisberger will force the defense’s front seven, and sometimes its secondary, to make adjustments it otherwise wouldn’t have to implement. That alone will be a boon for Big Ben’s completion percentage and Brown’s breathing room. 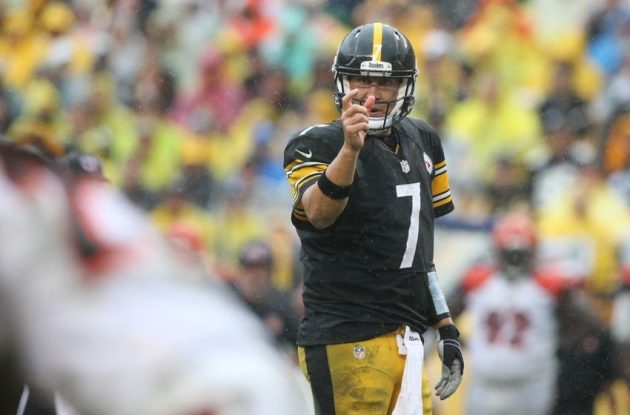 Theoretically, the Steelers should only be underdogs in the Patriots contest. They have every other opponent beat on paper. But there isn’t a single pushover in the bunch, with the exception of perhaps the Dolphins and the dark-horse Jets, who have thus far looked like crud on both sides of the ball.

Nevertheless, there’s a real chance the Steelers wrap up that stretch going 4-2, which would bring their record to 7-3.

For them to really thrive during this upcoming stretch Roethlisberger needs to be more accurate and throw fewer interceptions and the wide receivers—other than Brown of course—must do a better job of creating separation between them and defenders at the beginning of their routes. If the Steelers do that, they’ll be just fine.

So when deciding whether to view the Steelers as a Super Bowl contender, either at the sportsbooks or during bar-room discussions, you’re essentially banking on the offense getting back on track.

And given all the talent on this roster, that’s a pretty safe bet. The Steelers’ Super Bowl odds will only get shorter as the season progresses so jump on the +900 Bovada is offering before it’s too late.