With The New Season Of NFL Underway, Where Will The Steelers Finish? 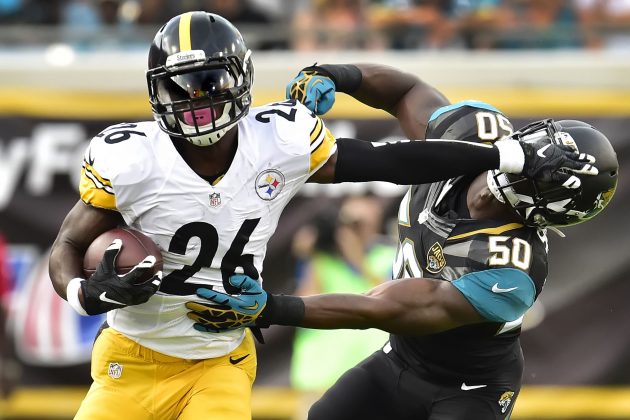 It’s almost the halfway point of the regular NFL season, and at this point a number of NFL fans will have a more realistic belief of where their team will finish. Some teams are storming ahead and look like safe bets to reach the Super Bowl, while a number of other teams will need a drastic change in their fortunes if they hope to get there. Furthermore, the recent NFL International Series has been the focal point of a number of NFL blogs. The series has been a huge success in bringing the NFL to attention in the UK with three fantastic games being held in London throughout October.

Sadly, the Pittsburgh Steelers were not one of the teams involved in the tour, so English fans may have to wait a little longer to see them in person. However, they have been enjoying a very positive season thus far, but where will they finish?

There is a magic combination between quarterback Ben Roethlisberger, wide receiver Antonio Brown and running back Le’Veon Bell. Last season they complete 58 snaps between them, making them the third best offensive unit and Steelers fans have been salivating at the thought of what they might achieve this season. At the very least, Pittsburgh will be hoping to go one better than last year and get into the AFC Championship final. It’s not quite been all sunshine and lollipops so far for the terrific trio, as Bell missed the first three games through a suspension, but as soon as he was back in game 4, he picked up right where he left off. Then recently, Ben Roethlisberger has been out injured with a torn meniscus, and underwent surgery on the 17th October. Landy Jones was filling in during the most recent game against the New England Patriots, and even though he made touchdown, he just isn’t Big Ben.

There is good news however, following the Steelers recent bye week, Roethlisberger has been back in training recently and could be fit to return in their next game against the Baltimore Ravens.

Up next for the Steelers is a trip to the Raven, who are without a win in four games, and Pittsburgh will fancy this one, even if they have to do it without Big Ben. But there is a stern test waiting for the Steelers in week 10 when they take on the Dallas Cowboys. The Cowboys look like early favourites for the Super Bowl, and that’s mainly due to rookies Dak Prescott and Ezekiel Elliott who have been playing out of their skin and taking the NFL by storm. Having won six games out of seven, Dallas sit at the top of both their conference and division, but if Pittsburgh can get their main three all at peak fitness, Big Ben, Bell and Brown have a chance of stopping the Cowboys in their tracks.

The Steelers have been in very good shape so far. They currently sit in 4th place of their Conference this year, which as things stand would see them progress comfortably to the play-offs. But this Steelers team have the potential to go all the way, they just need the results.

First Half Thoughts From the Steelers Awful Performance in Baltimore Down 10-0
Flashback Friday: Eight Turnovers Doom Steelers in Cleveland in 20-14 Loss Back in 2012