Steelers Not Shocked the Bengals Did Themselves in with Penalties Sunday 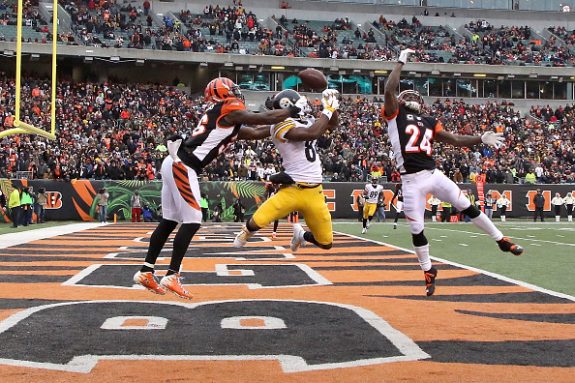 Steelers offensive tackle Marcus Gilbert chatted about the penalties, as well as if he felt the Bengals would eventually do in themselves like they did in the playoff game a year ago.

As the Steelers were looking to rally to eventually take the lead, the Bengals committed penalties on four consecutive plays, as the Steelers took the lead for good.

Linebacker Ryan Shazier also spoke about the lack of discipline on the side of the Bengals, who are officially out of the postseason race after the loss to the black and gold.

“I definitely wasn’t surprised, I’ve seen it in the last five games we’ve played,” Shazier said. “When they do things like that, it’s expected.”

Steelers Survive Slow Start; Rally to Overcome Bengals 24-20 to Move to 9-5
Five Steelers Selected to Play in the Pro Bowl in January in Orlando