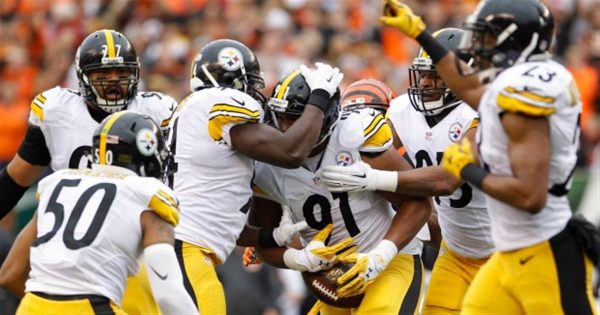 3. Play with an Edge

This weeks message from coach Mike Tomlin seemed to be a simple one – focus on the here and now and don’t worry about looking ahead.

“We’ll get prepared with an edge,” Tomlin said.
17
“We know we’re playing a team that’s going to be hungry. We know we’re going into a hostile environment. And quite frankly, we’re too fragile, we’re too new in this team development process in terms of searching for consistency and an acceptable level of play to take any other approach.”

Too many times in the past the Steelers have come into games that on paper they should dominate with ease, and either flat out lose the game, or allow the underdog team to hang around and nearly score an upset win.

Tomlin is dead on that it’s too early in the year to think the Steelers can throw their helmets on the field and just expect to win. They have to play hard for 60 minutes, do that and they should leave Chicago 3-0.

Prediction: It feels like this should be a game where the offense can easily put up 24-31 points, and Chicago with their offense clearly a long work in progress, shouldn’t be able to do much against a Steelers defense that has looked good thus far. The Bears haven’t run much at all, and Mike Glennon is a stretch as a ‘solid’ starting quarterback in the NFL, even if he did once beat the Steelers in Heinz Field with Tampa Bay. Glennon that fateful day was 21-for-42 with 302 yards, two TD’s and one pick. The Steelers won’t let him do that again, and this time Big Ben and the offense will have enough to get their first win in Chicago in 22 seasons. Pittsburgh 31 Chicago 14