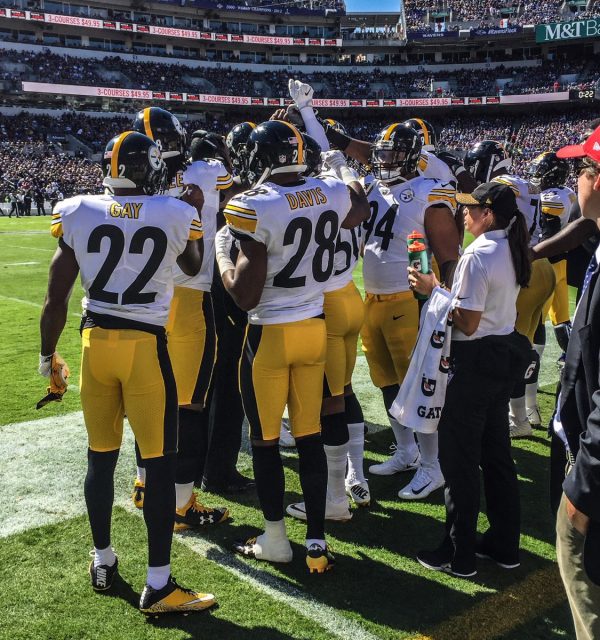 2. A Long Day For Flacco

You have to love how aggressive the Steelers defense was on Sunday, pounding Ravens QB Joe Flacco, and keeping the Ravens in check to the tune of 288 yards, most of which came in desperation.

Flacco was forced to throw the ball 49 times, and he was picked off twice in the fourth quarter when the game was still in the balance.

On the day the Steelers were able to keep Flacco in the pocket, and he did complete 31 passes, but his average per pass was just 4.8 yards per completion, and the Steelers sacked him four times.

This Steelers D is starting to look more and more like a complete unit, and yes they played a stinker last week in the Windy City, missing tackles and not stopping the run, but Sunday was a different story.

Yes they did allow a 50-yard run to Ravens RB Alex Collins which set up the only Ravens TD, but on the day Baltimore rushed for 82 yards, and again 50 came on one carry.

Any win in Baltimore is beautiful, and Sunday’s defensive effort is something to cheer about.