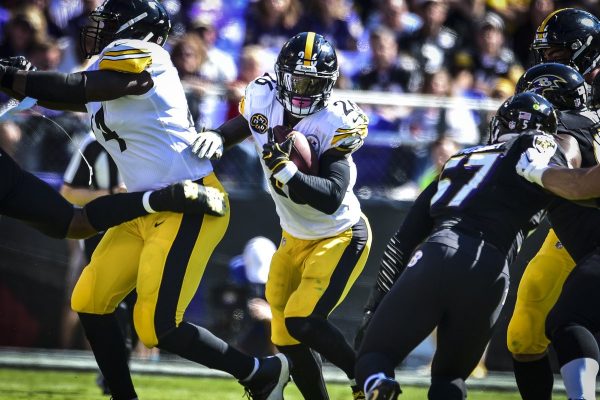 The Steelers were determined more than ever on Sunday to get Le’Veon Bell going, and they fed him the ball all day long. They ran Bell 35 times for 144 yards and a score, and he also had four grabs for 42 yards.

Running Bell 35 times is just too much, and some of Steeler Nation want to see more of James Conner, who ran hard and broke off a 23-yard run early in the game.

Bell is the biggest offensive playmaker the team has, bigger than Antonio Brown, and when he’s hot, the Steelers need to give him the ball as many times as it takes.

Sunday’s game reminds me of the win in Buffalo last season, and the win over the Titans on a Monday a few years back when he ran for 204 yards on 33 carries in a comeback win.

Seeing Bell go for 23-27 carries a game should always give this team a chance to win, Sunday’s 35 was an awful lot, but it was needed in the win.