No Words: Steelers Fall Flat in Divisional Playoff Loss to Jaguars 45-42 to End Another Failed Season 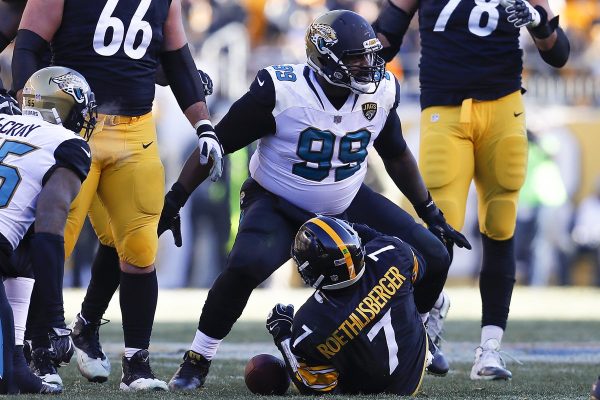 To say the Steelers would lose to the Jaguars at home in a Divisional Playoff game isn’t as far fetched as how it took place on Sunday – a game in which the Steelers scored 42 points – yet at the end looked confused and inept in what has to be one of the worst losses in team history – 45-42 to end the teams’ season.

There’s so much blame in this disgusting loss to go around, it’s hard to figure out where to begin. From a defense that gave up three touchdowns before the Steelers crossed the goal line, to a coaching staff that put the team in position for two awful 4th down calls, and NOT kicking it deep after the Steelers closed it to 42-35 with 2:18 left.

They let Leonard Fournette again run all over them for over 100 yards, and they made Blake Bortles at times look like Joe Montana with clutch throws on third downs to keep drives alive.

A 13-win season wasted – it’s still hard to believe – but for now, here’s some immediate thoughts on the Steelers latest playoff collapse, one that will hurt for a very long time.