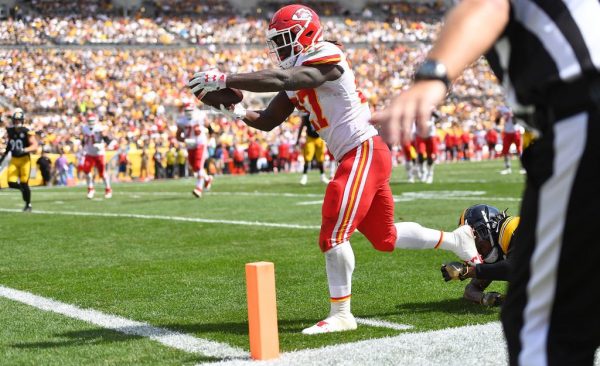 After the Steelers went 3-and-out to start the game, they allowed the Chiefs to march right down the field and score to quickly make it 7-0 before some fans were even in their seats.

Then after another quick 3-and-out it was a 5-play, 71-yard drive with Travis Kelce pulling in a 19-yard touchdown pass to make it 14-0. Oh and how about another touchdown on the NEXT Chiefs drive, making it 21-0.

By then the Steelers offense had done little to nothing, but the defense had done even less, as Mahomes had already thrown three touchdowns, and the Chiefs had done whatever they wanted on offense.

What happened next no one probably saw coming, but finally the offense came to life, but to expect a team to come back from down 21 to win a game is asking a lot, and it wasn’t meant to be for the Steelers.

Le’Veon Bell Tells Maurice Jones-Drew He’s Got Nothing Against His Steelers Teammates or Pittsburgh
Video: FS1 Colin Cowherd Says Sunday Was Not a Good Day for Steelers RB Le’Veon Bell