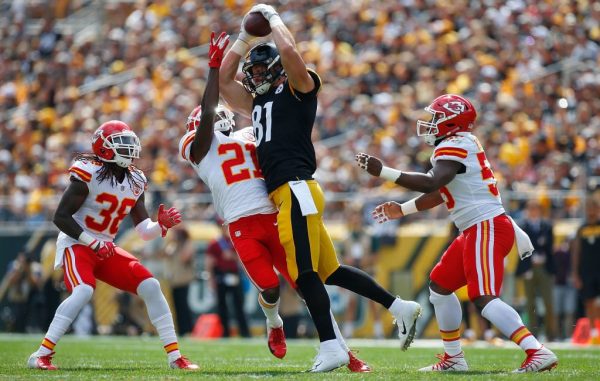 2. Offense Carries the Load, but Not Enough

This wasn’t the game the Steelers wanted to play, having to throw the ball 60 times, and only getting 17 yards on eight carries with a score.

The way things started, the Steelers had to throw the ball a ton, and it felt a lot like last seasons playoff loss at home to the Jaguars, where they were able to rally, but it just wasn’t enough as the defense could not get off the field.

While this was a team loss, the team does get some credit for rallying to tie it at half and making it interesting, but at the same time, a faster start on offense might have helped.

This whole thing Sunday was a mess, and while both sides deserve blame, the offense gets more of a pass since they actually did come back and make a game of it in the second quarter.

Le’Veon Bell Tells Maurice Jones-Drew He’s Got Nothing Against His Steelers Teammates or Pittsburgh
Video: FS1 Colin Cowherd Says Sunday Was Not a Good Day for Steelers RB Le’Veon Bell