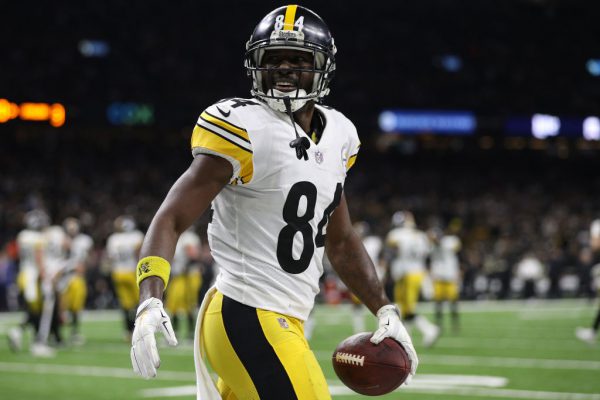 Former Steelers receiver Antonio Brown is giving Steelers fans a fond farewell via an electronic billboard, too little too late, but an interesting gesture none the less.

The wide out, who was dealt to the Oakland Raiders early Friday, had a good-bye on various electronic billboards around Pittsburgh with the message “Thank You Pittsburgh, AB 84.”

The billboard spots were actually purchased by Brown himself, and went live Wednesday evening, the same day that Brown had his introductory news conference with the Raiders in Oakland.

The receiver did say good things about his old city in his first presser in Oakland on Wednesday.

“To any kid out there from Pittsburgh, Pittsburgh will always be my family,” Brown said. “Those guys gave me a chance when I was a 21-year-old kid. Obviously, people are listening to the things that are being said and written. At the end of the day, it’s all about how you make people feel.