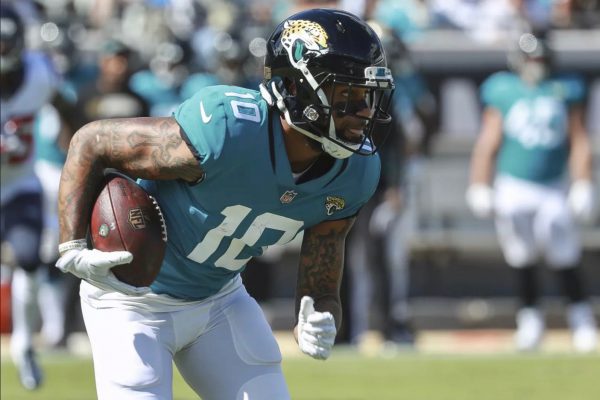 He’s not Antonio Brown, but for the Steelers they attempted on Thursday to help out their wide out position by adding Jacksonville Jaguars free agent receiver Donte Moncrief with a two-year deal.

Moncrief spent his first four seasons with the Indianapolis Colts, who selected him in the third round of the 2014 draft. Moncrief had 152 catches for 1,875 yards and 18 touchdowns in 53 career games with the Colts.

Last season’s totals were his highest since he caught 64 passes for 733 yards in his second season in 2015 — the last time he played in all 16 games.

Steelers Bringing Back LB Ryan Shazier, to Be Placed on the Teams’ PUP List
Antonio Brown Thanks Fans in Pittsburgh by Buying Ads on Local Billboards