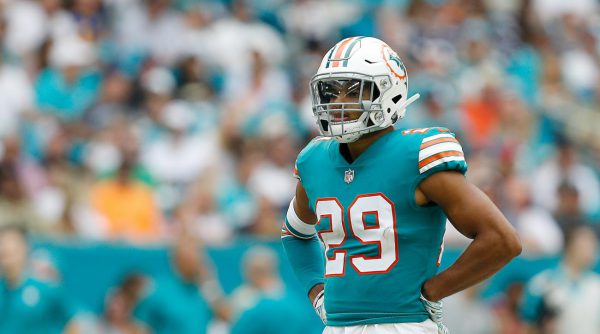 On a day when it was announced that franchise quarterback Ben Roethlisberger was done for the season as he will have elbow surgery, the Steelers Monday night pulled a stunner of a deal, making a trade with Miami for free safety Minkah Fitzpatrick.

Fitzpatrick, the 11th overall pick in last year’s NFL Draft, will cost the Steelers their first-round pick in the 2020 draft according to Adam Schefter of ESPN.

The deal also involved some other picks, as the Steelers will surrender a fifth-round draft choice in 2020 and a sixth-round pick in 2021.

Back to the Steelers they receive a fourth-round choice in 2020 and a seventh-round pick in 2021 from the Dolphins.

So why would the Steelers, a team that historically is very bullish in giving up first-round picks, make such a deal?

Well for starters, the free-safety spot is a position that this team REALLY needed to upgrade, as it was getting tiresome watching players in the defensive backfield miss tackles and show up late on plays.

The team also needed to fill a void now that Sean Davis has a torn labrum in his right shoulder. The injury came Sunday as Russell Wilson played pitch-and-catch with his pass catchers in the second half as Seattle scored 21 points en route to a 28-26 win.

Davis likely will return this season, but Fitzpatrick should be the new starter at free safety, with Davis coming off the bench.

Fitzpatrick had a solid career at Alabama where he played his college ball, as he was a two-time consensus All-American, and in 2017 won both the Jim Thorpe and Chuck Bednarik Awards.

After the Dolphins lost 59-10 in their opener against the Baltimore Ravens, Fitzpatrick asked to be traded, and in a season where Miami may struggle to win a game, the team gladly shopped him around before the Fins and Steelers came to an agreement on a deal.

If nothing else, adding a big piece on defense like Fitzpatrick shows that this organization is by no means thinking that 2019 is going to be a lost season.

It is a piece that the Steelers sorely needed, and one that should give the defensive backfield a lot more punch in the weeks and months ahead.

Ben Roethlisberger to Have Elbow Surgery; Done for the Season
Steelers Falter Late, Drop to 0-3 Following 24-20 Loss to 49ers