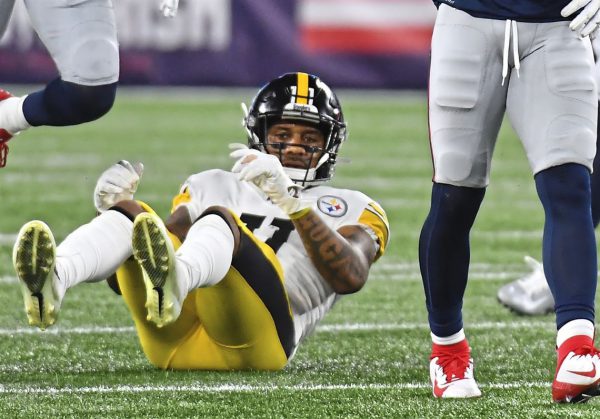 The Steelers Saturday made a roster move that really wasn’t that shocking based on the position and what was at stake, as the team dumped veteran receiver Donte Moncrief.

The move to release Moncrief comes less than eight months after he was signed to hopefully help a receiver core that was losing Antonio Brown after he was traded to the Raiders, but in the end Moncrief never lived up to the hype.

He looked at times great in camp to the point where he was going to be the starter opposite JuJu Smith-Schuster, but in the opener he dropped four passes and had just three grabs for seven yards.

The move also means the Steelers likely will get back the third-round compensatory pick that they lost when they inked him, a pick they originally got when they lost running back Le’Veon Bell.

Moncrief ended up inactive for two of the next three games and dressed only after an injury to James Washington. The emergence of rookie Diontae Johnson also made releasing Moncrief an easy decision.