Mason Rudolph Has Been Fined $50,000 For His Role In The Steelers / Browns Brawl 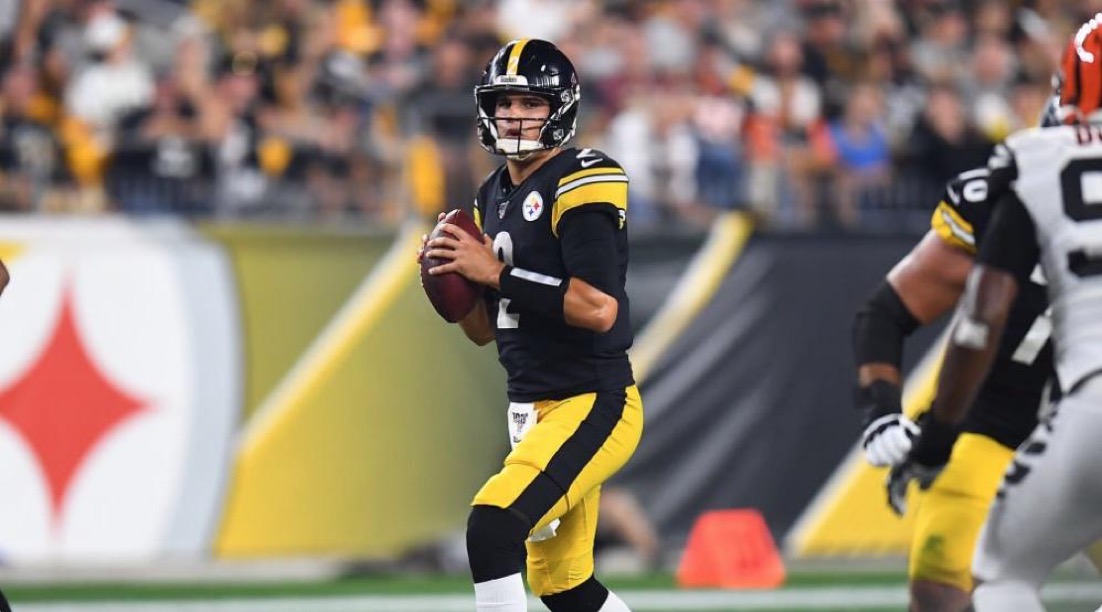 Mason Rudolph, the QB for the Pittsburgh Steelers, has been fined over $50,000. He was fined by the NFL for his part in the brawl that took place during the November 14th game. The game was between the Steelers and Browns and it would appear that Myles Garrett struck the QB over the head with his own helmet. He has been fined a total of $45,623 as a result of this. Rudolph did avoid suspension, but he was also one of the 33 players who came out with a hefty fine. 29 of the players had a fine of $3,507 as they entered the fight area. The fight happened to break out when there were 8 seconds on the clock.

How did the Fight Start?

The fight happened when Garrett took down Rudolph late. He did a short pass and the two players tussled for a while on the ground. Rudolph then tried to take off Garrett’s helmet but couldn’t do it. Garrett tried to take off Rudolph’s instead, and that’s when the QB charged at him. Garrett hit him over the head shortly after. If Garrett or Rudolph were suspended then this could really affect the football betting odds and it may even lead to problems in the future for the teams as well.

Garrett made the effort to appeal the suspension but shortly after he did, the suspension went ahead as the decision was upheld. Garett claimed that the fight escalated so quickly because Rudolph had called him a racial slur. Rudolph has denied this and the NFL have found no evidence to support this. Garrett has also stated that he did not want the allegations to become public knowledge. He was assured that the hearing was the space that encouraged players to speak openly about the incident and that it was not for the public.

Rudolph has continued to deny the claims, even to the public. The NFL have no choice but to ignore the claim as it would appear that there is absolutely no evidence of the slur. Garrett stated that he knew what he heard and that more needs to be done. Garrett doesn’t know whether his opponent’s comment was done out of frustration or even out of sheer ignorance but at the end of the day, his actions do not excuse his own lack of restraint. He has come out to say that he is deeply sorry and that he regrets the impact that this has had on the entire team. He also knows that he has had some degree of an impact on the devoted fans too and that this is not good at all.

Of course, the players look to be returning to practice sooner rather than later and there’s a chance that the whole thing will blow over. That being said, both players have apologized and everyone who took part has been fined accordingly.