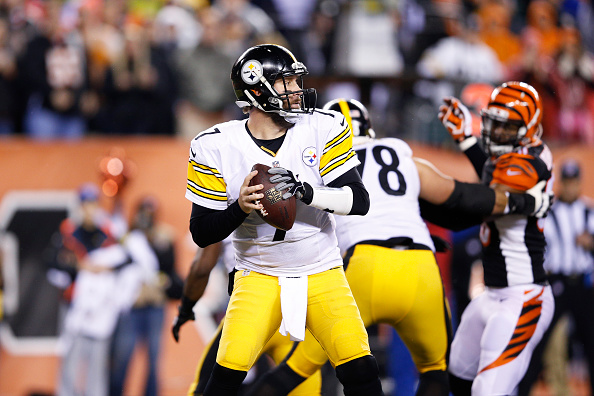 After a lost 2019 season, the Steelers’ All-Pro quarterback Ben Roethlisberger, is back chucking the pigskin and the early results are encouraging. GM Kevin Colbert remarked, “We’re just really focused on where Ben is at this point. Unfortunately, he had a season-ending injury that we think he can and will recover from moving forward. It’s just a wait-and-see. He had an injury to his right arm, but other than that, he’s relatively healthy. We’re not minimizing the right arm injury to a right arm quarterback, but we don’t think he’s at the end of the road.”

In a day and age where quarterbacks’ lifespans are getting markedly longer, the 38-year-old will be counted on to bring the Pittsburgh Steelers back into playoff contention after a forgettable season in which the team vacillated between Mason Rudolph and Duck Hodges under center leading to a pedestrian 8-8 campaign. But if we take a quick check at the best online sportsbooks, we see that the NFL odds on the Steelers are +3300 to win the Super Bowl which places them in the middle of the pack.

Those rather pessimistic odds are due in large part to Big Ben’s fragility over the duration of his career and knowing that it is more likely than not that he will miss at least some of the season due to injury but the question is – how much?

The NFL draft is still several weeks away and much could change between now and then. However, what we do know is that the Pittsburgh Steelers will be without a 1st and 3rd-round pick due to their trading spree last season which saw them wheeling their 2020 first-rounder to the Dolphins for Minkah Fitzpatrick and trading up for the right to pluck Devin Bush at No.10 overall. So, as it stands right now, Pittsburgh will be announcing their first pick of the 2020 draft at No. 49 of the second-round and their needs are many. Let’s discuss which positions need to be filled first and foremost when the Steelers are called to the podium.

The core group as it stands is talented enough to make a run at the postseason with a QB like Roethlisberger under center but would adding a tight end in the second round put them over the top? Probably not, so in that case, why not prepare for life without Big Ben in the form of Utah State’s Jordan Love, Washington’s Jacob Eason, Oklahoma’s Jalen Hurts, or maybe even Georgia’s Jake Fromm?

We will soon find out which road the Steelers will follow as they determine whether Ben Roethlisberger’s curtain call will be at the end of this season or if he has a few more performances left in the Steel City.

Mason Rudolph Has Been Fined $50,000 For His Role In The Steelers / Browns Brawl
Top 10 All-Time Nicknames in the History of the Steelers Franchise