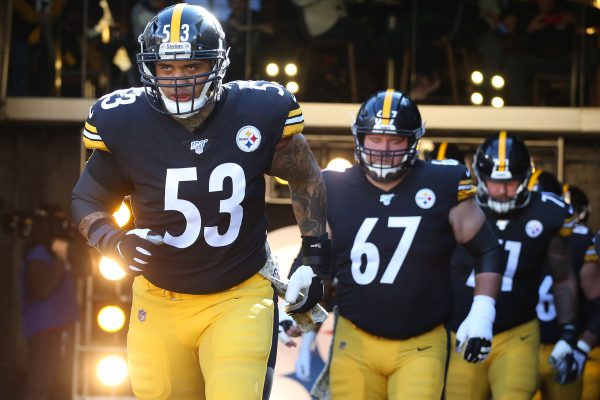 Steelers center Maurkice Pouncey earned a game ball Sunday despite not playing a down in the Steelers 20-13 win over the Cleveland Browns.

Monday he was activated and placed on the Exempt/Commissioner Permission List.

The Steelers brought Pouncey back, requesting a two-day roster exemption, which was granted. The exemption expires on Wednesday at 4 p.m. (ET).

Pouncey was sat for a pair of games after going after with punches and kicks Browns defensive end Myles Garrett at the end of the first game between the two teams on November 14th.

He was suspended for three games at first, but after an appeal it was dropped to two games.

Despite missing the last two games, both Steelers wins over Cincinnati and Cleveland, Pouncey is leading all AFC centers in Pro Bowl voting.

The team released center Patrick Morris to make room for Pouncey on the team’s roster.

Steelers Top WR JuJu Smith-Schuster Out for Sunday Against Cleveland
Hodges to Remain at QB for the Steelers, JuJu and Conner Playing Sunday Questionable