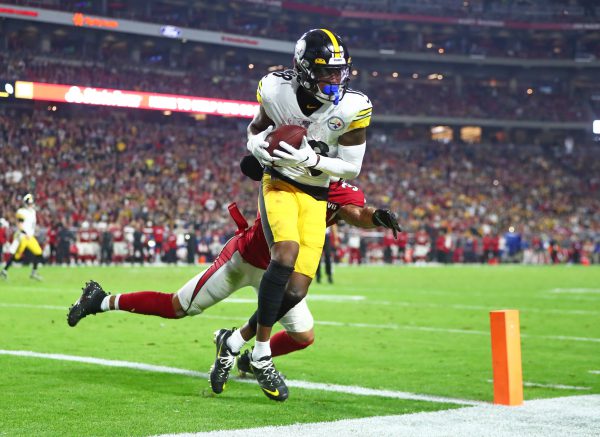 The 2019 Steelers were most certainly a work in progress, as without their leader in quarterback Ben Roethlisberger, the team was given very little chance to be successful.

What happened though was very unexpected, as if the team hit a jackpot at Olybet casino, the Steelers were in the hunt of the playoff race till the final week of the regular season.

While the defense was reborn with the pickup via trade of safety Minkah Fitzpatrick from the Dolphins, the offense got a huge spark with the play of rookie wide out Diontae Johnson.

Johnson was the 66th overall pick in the 2019 NFL Draft, and while it took some time for him to get a good rappport with the team’s backup quarterbacks, he was one of the more pleasant surprises in the second half of 2019.

On the season Johnson caught 59 balls for 680 yards and five scores. He also had a punt return 85 yards for a score in a game in Arizona against the Cardinals.

Beyond that, there will be pressure on Johnson in 2020 to become even better, as the team saw a big drop in production from number one wide out JuJu Smith-Schuster.

Smith-Schuster was double teamed often in 2019, and while that’s something he will likely have to get use to, the development of Johnson is another big piece to the puzzle of the Steelers passing success with Roethlisberger back in 2020.

Johnson spoke to reporters in a conference call on Wednesday, and said he’s ready for the challenge to have to step up and be the number two in the offense in 2020.

“I just have to keep doing what I am doing, keep working until they respect me,” Johnson said.

“That stuff doesn’t faze me. Everybody doesn’t always have a story. They don’t know me and how I work. They can say whatever they want. I am still going to continue to be me and help the Steelers win”.

The addition of tight end Eric Ebron should also give the Steelers a big boost as well, and while clearly the team last season missed former All-Pro receiver Antonio Brown, it’s now been a year, and things should get back to normal without him.

Johnson’s value to the Steelers not only as a pass catcher but also as a punt returner could make him one of the most important players on the roster in 2020.

It may take some time to get him timing down with Roethlisberger, but it would not be a surprise to see Ben early and often in the preseason trying to get things right with Johnson, hopefully pushing him to that next level of stardom that Steelers wide outs have often achieved in the past.

James Conner on Leaving the Steelers Via Free Agency: “It Would be Hard”
Former Steelers WR Antonio Brown Says He’s Retiring From the NFL – Again