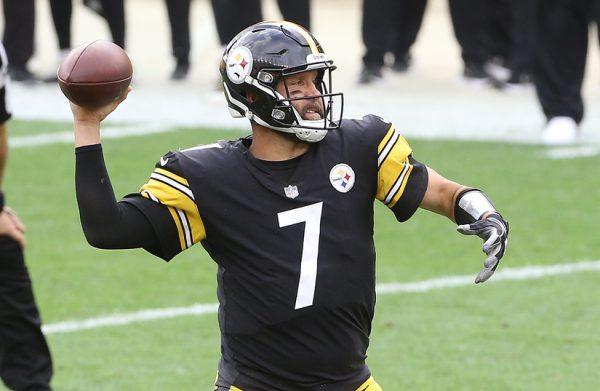 Sunday was another successful day for the black and gold at Heinz Field, as the Steelers took care of business, beating the Eagles 38-29, scoring over 30 points for the first time in 2020.

The team is 4-0 for the first time in 40 years, and they are already looking ahead to another huge game Sunday as they will host the up and coming Cleveland Browns, a team that is starting to gain national attention as they are now 4-1 following their win at home Sunday over the Colts.

There’s a lot to unpack on where this team is at right now with 12 weeks to play in the 2020 season, and if this team can stay hot in their division.

Here’s some thoughts 24 hours after the win over the Eagles:

* This will be the second game against the Browns following the Myles Garrett-Mason Rudolph incident that ended the Browns win over the Steelers last November. The Steelers with Delvin “Duck” Hodges got their revenge a few weeks later, and Garrett was suspended the rest of the season by the league, but is back and is right there with Steelers outside linebacker T.J. Watt as potential NFL Defensive Players of the Year a quarter into the season.

Garrett has six sacks, and also is developing into a player that not only gets to the QB, but creates turnovers with swatting the ball out of the QB’s hands as well – just like Watt. One of the keys if the Steelers are going to walk out 5-0 Sunday is making sure not to let Garrett reek havoc on the Steelers offense, and it seems like right now at least once a game Garrett makes a game-changing play..

* As far as the “trash talking” between the two teams leading up to this game, it would be smart for the Steelers to just stay focused, and not to get into a war of words (if one starts) with anyone from the Browns.

For the first time since 1994 the Browns are 4-1, and that season there was quite a bit of trash talking between the teams as the Steelers beat the Browns three times that season, in week two in Cleveland 17-10, week 15 in Pittsburgh 17-7 to clinch both the AFC Central and home field in the AFC moving to 12-3, and then in the Divisional Round of the playoffs, trouncing the Browns 29-9.

The Browns are improving, but have a long way to go to be in the class of both the Ravens and Steelers at the top of the AFC North. Jumping to an early lead Sunday and avoiding all the “extra” stuff on the field would really be smart for the Steelers.

* While everyone is talking about Chase Claypool and his monster game against Philly, going off for four scores and 116 total yards, the wide out core as a whole is really starting to play well, and it gives Ben Roethlisberger plenty of options on who to throw to.

Claypool leads the team with 261 yards after his breakout game Sunday, but on any given week it could be JuJu Smith-Schuster, Dionte Johnson, James Washington, Eric Ebron, Vance McDonald or newly discovered weapon Ray-Ray McCloud coming up with a big play or big game.

* Many are going to point to the fact that the Steelers first four opponents have a combined record of 2-13-1 as to why this team is off to a quick start, but bottom line is that you don’t pick who you play, you just go out and play.

There’s always (at least it feels like it) been a game or two in every season where Mike Tomlin and the team plays down to the competition, losing over the years to subpar teams like the Jets, Raiders or even Sunday’s opponent, the Browns.

After this Sunday the club will have three straight road games, none of which are automatic “W’s” as they will play at the Titans, the Ravens and then against old pal Andy Dalton and the Cowboys.

With those three road games, winning Sunday and not only staying atop the division but keeping up the momentum is a huge key.

Claypool Chases Down History, Steelers Stay Perfect in 38-29 Win Over Eagles
Steelers Bring the Pain on Mayfield, Browns in 38-7 Win to Move to 5-0