Falcons writer takes a shot at the Steelers 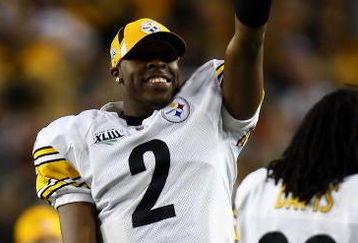 Let’s face it, the Atlanta Falcons have never won anything. They have appeared in one Super Bowl, and were blown away by the Denver Broncos in what ended up being the last game for HOF QB John Elway.

While the Falcons are a solid team, I have yet to see any Super Bowl predictions that have them in it as the NFC rep overtaking teams like the Saints, Cowboys and Vikings.

So it amused me when a writer named Jeff Schultz took somewhat of a shot at the Steelers on Tuesday, saying that the Falcons defense should have little issues stopping 3rd string Steelers QB Dennis Dixon.

Here’s what Schultz, who writes for the Atlanta Journal-Constitution:

The last regular season pass Dixon threw was intercepted by Baltimore in overtime and set up a deciding field goal in a 20-17 loss to the Ravens. He was starting for Roethlisberger, who missed the game with a concussion (as opposed to during this offseason in Milledgeville when he only acted stupid). Dixon went 12-for-26 in the game.

Roethlisberger, meanwhile, has been stripped of his team captaincy.

We can debate the merits of the few of those quarterbacks, but none were expected to be their respective team’s third string quarterback. For the Falcons, this opener is on their defense.

If the Falcons hope to have a successful season – and success means nothing less than a playoff berth – this is not a game they can afford to give away.

“Give away” eh? Sounds like Jeff is counting on a rather easy win on Sunday, and to me he has seen little of what Dixon can bring to the table, which is a lot. I am on board with going with Dixon over Batch, and let’s hope he plays well enough to shut Schultz up about 4pm Sunday at Heinz Field.

Some highlights and notes from the Mike Tomlin Tuesday press conference
Regular Season Game One vs Atlanta: Keys and Prediction