Rumors That Steelers Will Meet With Brian Urlacher 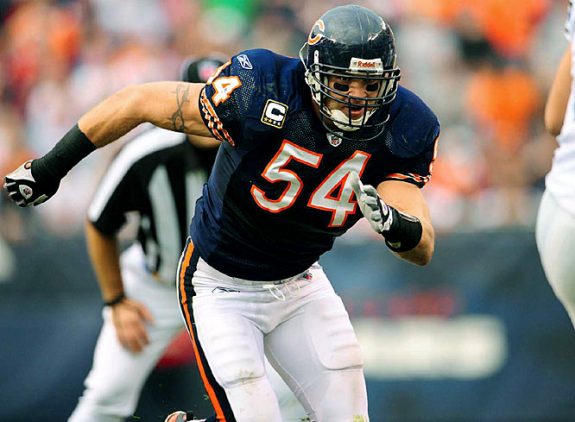 There are small rumors and grumblings saying that the Steelers will meet with former Chicago Bears inside linebacker, Brian Urlacher. Reportedly, a source close to the All-Pro linebacker says he is to meet with Pittsburgh to discuss possible contract negotiations. The team or Urlacher has not came out and released this information to the public yet, but when it does, Steelers Gab will keep you posted.

The 34 year old Urlacher, played 13 seasons with the Chicago Bears and has never played in the 3-4 defense. If the Steelers were to sign him in the future, I would guess that they would keep him at middle linebacker. Urlacher has battled injuries two out of the past five seasons, and with the Steelers low on money and reportedly still in the race for Elvis Dumervil, I wonder how much they would offer Urlacher?

Would he sign with the team for a one-year minimum salary deal? Or does the eight time pro bowler think he is worth more?