Instant React: Wide Right Twice Does In Steelers In 21-18 Loss 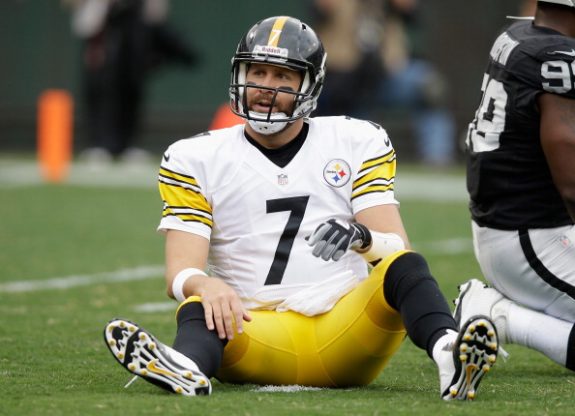 Just like the last two times in Oakland, the Raiders did enough right, while the Steelers were in self destruct mode for most of the day.

The result was a 21-18 loss that puts the team at 2-5 on the season, and it’s a loss that once again showed just how far away this team is from being a serious contender in the AFC.

They had their chances, but it all started with the first play for the Raiders, as QB Terrelle Pryor raced 93 yards past the Steelers D to make it 7-0 early.

The offense wasn’t very good against a revamped Raiders defense, and despite having chances, the team wound up down 21-3 at the half.

Shaun Suisham missed two field goals, his first two of the season, and in the end it killed them. Ben Roethlisberger was 29-for-45 for 275 yards with a touchdown and two picks.

The defense was gashed in the first half, but wound up holding the Raiders scoreless in the second half.

The team played desperate in the fourth quarter, and did score on a Le’Veon Bell TD with 1:24 left. They got the two-point conversion, but it was too little, too late.

The team will be in New England to play the 6-2 Pats with Tom Brady.

Total Team Effort Leads Steelers To 19-16 Win Over Ravens
Instant React: Too Much Brady As Steelers 2-6 After 55-31 Loss