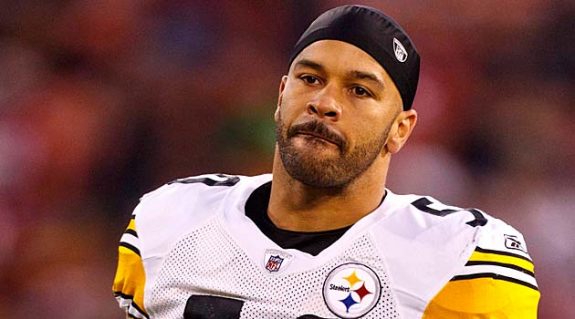 Veteran linebacker Larry Foote was one of three players cut from the roster of the Pittsburgh Steelers on Wednesday. The Steelers have some question marks at the inside linebacker position that will have to be answered before the 2014 NFL Season. While Sean Spence, a third-round draft choice in 2012, appears to be a possible replacement for Foote, he isn’t a guarantee. Vince Williams and Terence Garvin could wind up in the mix, and then again, the Steelers could go a completely different direction.

Spence suffered a devastating knee injury that could have ended his career, not just his rookie season. Sustained in preseason play, Spence tore multiple ligaments in his knee as well as a fracture of the kneecap and peroneal nerve damage. The damage to the nerves causes loss of sensation in the leg and can also affect the foot. That could limit Spence’s mobility. The Steelers feel his is ahead of where he might have been at this point, but instability is an issue that won’t be truly tested until he is on the playing field. Realistically, Spence may not be ready to step into Foote’s spot.

Vince Williams was drafted by Pittsburgh in the sixth round of the 2013 NFL Draft out of Florida State. It was a move that was met with some controversy within the organization. At the time, linebackers coach Keith Butler felt that the Steelers should have drafted an inside linebacker in early rounds to pair with their first-round selection of outside linebacker Jarvis Jones. “If they had done what I felt like doing, we would have taken (an inside linebacker) in the second round,” said Butler. “As I told (general manager Kevin Colbert), last time we picked first and second with linebackers we won the Super Bowl two years later…I tried to make that argument, it didn’t work.”

Williams stepped in after the Steelers released Stevenson Sylvester. Similar to Foote, Williams is 6 feet 1 and was a two-season starter for the Seminoles. While at Florida State, he led a defense that sat at the top of the nation in fewest yards allowed per play (3.86) and which ranked second in total yards allowed per game. Williams made his NFL debut on September 16 against the Cincinnati Bengals and recorded five tackles. Williams got his first start against the Minnesota Vikings in London, leading the team with a career-high ten tackles. Continuing to improve, Williams made at least five tackles for the seventh straight game on November 3, when the Steelers faced the New England Patriots, but he suffered a concussion and had to leave the game. Williams returned on November 24 against Cleveland to tie for second on the team with five tackles. Overall, Williams played in 13 games, nine as a starter.

Terence Garvin signed with the Steelers as an undrafted rookie free agent on May 6, 2013, after playing in 47 games for the West Virginia Mountaineers. Garvin’s career with the Mountaineers included 37 starts at safety and outside linebacker. Garvin was an AP honorable mention All-Big 12 selection and finished his career with 235 tackles, 21.5 tackles-for-a-loss, 10.5 sacks, 11 passes defended, three forced fumbles and four fumble recoveries.

Garvin saw most of his rookie season with the Steelers on special teams. He didn’t get his first NFL tackle with the defense until December 15, against the Bengals. While Garvin was a nice addition to the the special teams play, he is as of yet untested at the inside linebacker position.

The Steelers are looking for maturity in their defense even if the personnel are under the age of 25. This could lead the Steelers to two options if they feel they do not have the personnel to replace Foote; testing free agency or finding an inside linebacker in the 2014 NFL Draft.

If the Steelers choose to find a free agent with experience, they would do so to make that player their starter in 2014. With a defensive priority to improve their run defense, they’ll have to weigh salary cap money versus finding the right player to plug into that spot right away.

If the Steelers choose to go after an inside linebacker in the draft, they will most likely have to pull the trigger early. Many NFL insiders feel that the 2014 NFL Draft class has a higher quality of candidates at outside linebacker than inside. The difficulty is that the Steelers also need to find at least one quality cornerback.

The Steelers look to have locked up the safety position by re-signing Troy Polamalu and Will Allen and having Shamarko Thomas entering his sophomore year. With the loss of Foote, the Steelers have a conundrum on how to set up their draft board in 2014. Solving the puzzle will take a lot of communication between members of the organization between now and the draft. Keith Butler may get his wish granted this year – to have the Steelers go after a middle linebacker early.

(shared with permission, originally posted on Examiner.com under different title)