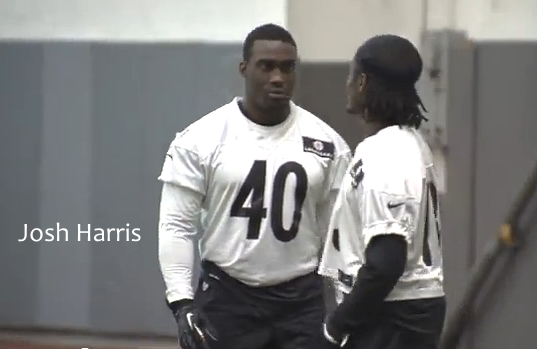 The Steelers promoted running back Josh Harris to the 53-man roster. In this Steelers video,  James Saxon, Todd Haley, and Le’Veon Bell weigh in on what he brings to the team.