Roethlisberger Puts the Blame for Season Ending Loss On Himself 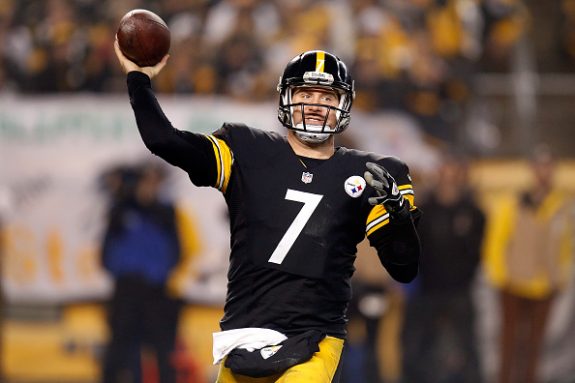 After a tough night in which the offense scored just 15 points (2 came via safety), Steelers quarterback Ben Roethlisberger put the Steelers 30-17 loss to the Ravens on himself after he threw for 334 yards and a touchdown but was also intercepted twice, Scott Brown of ESPN.com reports.

“I didn’t play well enough to win, and guys look at me as the leader and the quarterback to make plays and I didn’t do that,” the 11-year veteran said. “I want to apologize to the fans, my teammates, to the organization, to the Rooneys and to the coaches,” Roethlisberger said. “I wish that I could apologize to everybody individually.”