Steelers won’t use tags on Jason Worilds, players this offseason 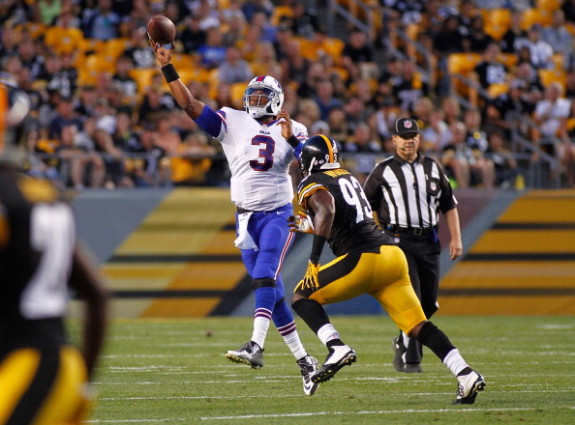 The Pittsburgh Steelers allowed the 4 p.m. deadline to pass on Monday without utilizing the franchise or transition tag on outside linebacker Jason Worilds, the only true candidate for a tag on the current roster.  This assures that Worilds will be free to sign elsewhere.  The team also declined to use either tag this offseason, proving that the team is prepared to made adjustments to their roster.  If the Steelers had placed the transition tag on Worilds, as they did in 2014, they would have had to pay him 120 percent of his one-year salary of just over $9.7 million or $11.7 million to repeat the action.  By choosing not to tag any of their players, the Steelers will not be forced to wait in the free agent market to weigh matching offers from any other teams interested.

On Monday, the NFL Players Association confirmed that each NFL team will receive $143.28 million (not counting carry over from 2014) in salary cap money for the 2015 season.  The Steelers had a carryover amount of $778,469 with an estimated $9 million in savings due to recent contract restructuring and the release of Lance Moore.  That puts Pittsburgh’s cap at $144,058,469.  With the release of Moore, the Steelers removed his $1.5 salary from their books that could be offset by a minimum-salary player (around $435,000).

While only the ‘rule of 51’, or the top 31 individual salary cap numbers, counts until the 2015 regular season begins, it does not include the entire roster of players.  It isn’t until the regular season begins that every player affects the cap, including practice squad players and those on the injured-reserved list.

More moves are likely to be made by the Steelers in the coming days.  Although reports circulated that Pro Bowl center Maurkice Pouncey had restructured his contract to create an additional $3 million in cap space, it has yet to be completed.