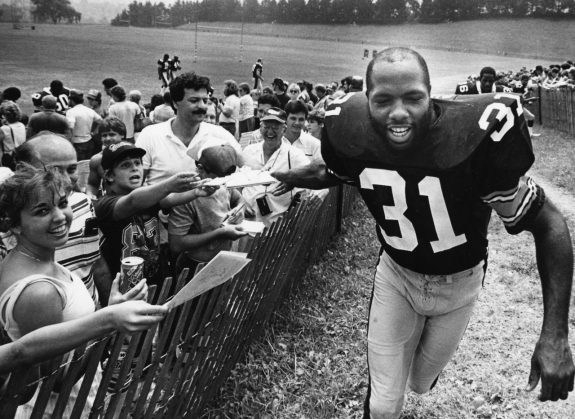 Few professional football players can claim that they were nominated to the Pro Bowl five times, named an All-Pro three times and earned four Super Bowl rings, but famed cornerback Donnie Shell did just that with the Pittsburgh Steelers.  The Whitemire, South Carolina native became a stud on defense, first at linebacker and then strong safety at South Carolina State University.  This past weekend, Shell’s contributions as a student and athlete were honored as he was enshrined in the Black College Football Hall of Fame in Atlanta, Georgia.

“It’s amazing. I was very excited when I heard the news in November. I was an All Pro and won four Super Bowls, but when you’re honored by historically black colleges, a place where I came from, it’s a different type of excitement,” said Shell following his enshrinement. “When I went to South Carolina State University, I received more than an education. I learned how to move forward in life, and that’s what you get when you go to an HBCU.”

Shell played in the 1970-73 seasons in the FCS (Football Championship Subdivision – formally Division I-AA).  His senior year, he was named First Team All Mid-Eastern Athletic Conference and AP All-American.  Despite his intimidating play and athleticism, Shell was not drafted during the 1974 NFL Draft.  Signing as an undrafted rookie free agent with the Pittsburgh Steelers proved that diamonds often aren’t the guys at the top of a draft board.  Shell made his mark with one of professional football’s most notable defenses – the ‘Steel Curtain’ – and helped the Steelers ink four Super Bowl wins.

Also joining Shell in the 2015 class was the late L.C. Greenwood, a powerhouse defensive end who played at the Univeristy of Arkansas-Pine Bluff before entering the Steel Curtain defense with the Steelers in 1969.  His excellence at the defensive end position earned Greenwood the Ebony All American honors his senior year in college.  Greenwood’s sister, Annie, accepted his award.  Greenwood passed in 2013. 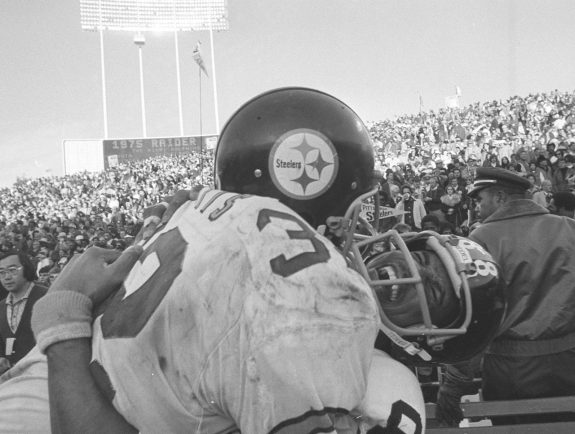 Steelers won’t use tags on Jason Worilds, players this offseason
Polamalu Won’t Be With Steelers in 2015; Team Hoping He Retires