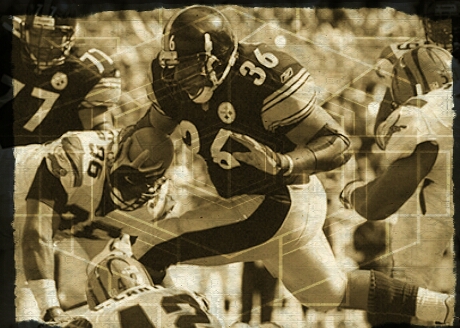 The Steelers vs Bengals matchup has not always been the marquee game season to season, but has always seemed to make an impact on the division lead in the AFC North in recent years.

In 2001, one game between the rivals was special for another reason.  In October, the United States was still reeling after terrorist attacks in New York City, Washington D.C. and a downed plane in a field in rural Pennsylvania.  The NFL shut down games the weekend following September 11.

As the nation continued to mourn and the American flag was prominently displayed, fans entered Heinz Field on an October day and stood as an emotional rendition of ‘The Star Spangled Banner’ rang out.  I was at that game.  I am not ashamed to admit the tears that fell from my eyes.  I was surrounded by men, women and youth who simply hoped things would be better.

The Steelers were hosting the Bengals and the players gave an emotional performance as well, offering us a reprieve from our grief for 60 minutes.

Jerome Bettis christened Heinz Field by becoming the 14th player in NFL history to rush for 10,000 yards that day.  It was an unforgettable performance.  I left that game with a little lighter heart.

In the Steelers vs Bengals rivalry, there has never been a game that meant as much to me. Not the ones that determined the division champion. Not the ones that sent one team or another to the playoffs or a Super Bowl.  The Steelers won that day, but we all felt a little more like winners at the end of the day.