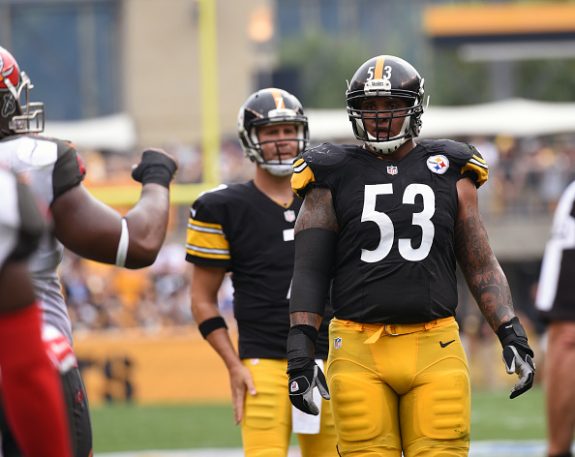 The Steelers continue to work hard to try and free up cap space in case they want to sign a player like running back DeAngelo Williams.

Today the team was able to restructure the contract of center Maurkice Pouncey. According to Mark Kaboly of the Pittsburgh Tribune-Review, the restructure of Pouncey’s deal will save the Steelers about $3.8 million.

The deal gives the Steelers more cap space, space they could use to not only possibly sign a player, but also they still need to get things wrapped up with quarterback Ben Roethlisberger in terms of a new deal.