Report: Worilds’ Faith A Major Reason for His Retirement 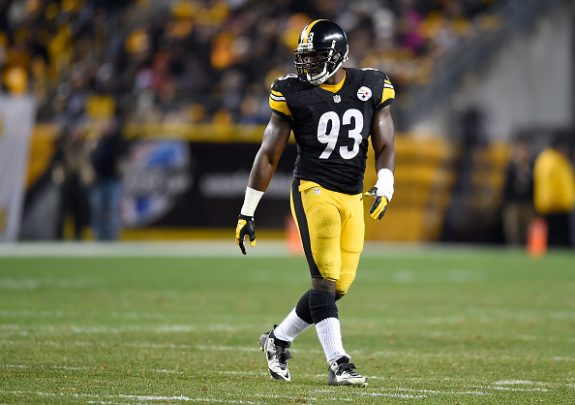 You may or may not agree with the move by free agent linebacker Jason Worilds Wednesday to walk away from a big payday and instead retire, but no matter your feelings, Worilds is at ease with his decision.

According to a piece by Pittsburgh Tribune Review writer Mark Kaboly, Worilds’ interests related to his religion of Jehovah’s Witnesses was a huge determining factor in his decision.

Kaboly spoke to a source close to Worilds, who stated the following about the linebacker walking away.

“He is stepping away because he wanted to pursue other interests,” the source told Kaboly.

“The decision was faith-based as he wanted to pursue interests related to that. He still likes the game of football and certainly had lucrative options on the table but felt his time was best spent on those other interests.”

There’s no doubt that Worilds was on the verge of being a very rich NFL player – he made close to $10 mil last season, and probably would have made somewhere between $10 million and $15 million this season with a new deal somewhere in the NFL.

Teammate Ramon Foster said that he was taken back by the decision, but still is in support of his friend.

“I am surprised, but I support him,” Foster said. “He’s a very good player, very good guy and athlete. It would’ve been nice to see how his career would have turned out.”

Could Worilds change his mind at some point and come back to the NFL?

For now though, he’s going in a different direction, and agree with it or not, it’s a decision that Worilds sounds like he’s at peace with.

And he did it on his terms, which sadly in the cutthroat sport of the NFL is usually not the case.