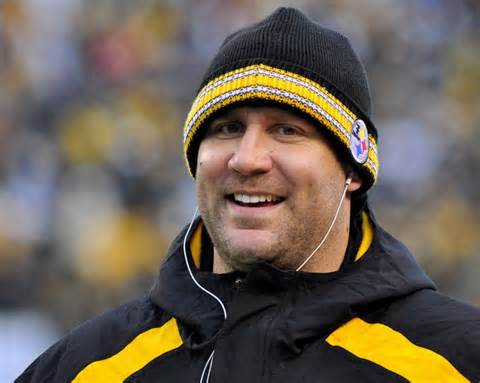 The Steelers and their franchise QB, Ben Roethlisberger, agreed today on a new five-year deal that should keep him with the Steelers the rest of his career.

“I have always said this is where I want to be, I am just happy to still be here,” Roethlisberger said. “I think we have a good young team with a lot of talent and a lot of ability.”

Roethlisberger was heading into the final year of a $102 million contract he signed in 2008. The QB established career highs last season in passing yards (4,952), completions (408) and completion percentage (67.1).

“I feel healthy right now and I am excited, I am looking forward to trying to get better,” Roethlisberger said.

The Steelers typically re-sign their quarterbacks with two years remaining, but owner Art Rooney II informed Roethlisberger before the start of training camp that the team was putting off an extension until the offseason.

The 33-year-old cornerstone of the franchise threw for 4,952 yards last season, breaking his own team record and tying with Drew Brees for the most yards passing in 2014. Roethlisberger also had 32 touchdowns and nine interceptions.

“This is where I want to be,” Roethlisberger said.

Steelers general manager Kevin Colbert said last month that negotiations with Roethlisberger had begun with the goal of keeping him in black and gold for the rest of his career.

Is this the last deal for the franchise QB? Even he wouldn’t comment on that Friday.

“I am just happy right now, I am just signed it, I am not looking past this day,” Roethlisberger said.