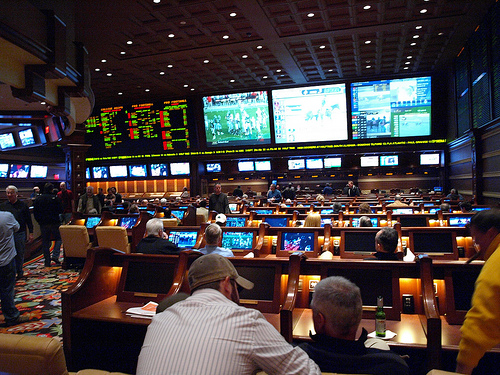 NFL and Pittsburgh Steelers fans, prepare for the drama as the 2015 NFL Draft opens live on Thursday night.  Speculation over draft selections has been rampant and odds-makers are expecting plenty of drama in the first round.  Every year, the draft draws an enormous amount of attention as fans cross their fingers that their favorite teams will pick up the selection of the year. The Steelers are unlikely to trade up in the first round, so will remain at the number 22 pick overall.  Regardless, the entertainment is sure to be a topic of discussion that nearly crashes every server owned by social media companies.

The odds-makers at FootballBettingCenter.com are putting their chips down on the fact that NFL Commissioner Roger Goodell will be booed and hugged plenty of times through the first round. In fact, the site has odds on the fact that fans will boo Goodell during his entire time on stage at the beginning of the draft at 1/4.  As for the over/under on how many of the 28 players attending the draft don’t hug Goodell after being drafted is even at 1.  As for the length of the first round, they have an over/under of 4.2 hours.

Here are some of the most interesting odds being bandied about ahead of Thursday’s action.

Steelers Big Board: Draft Selections Pittsburgh Should Have Eye On
Ranking The Eight Steelers First-Round Draft Picks Under Mike Tomlin