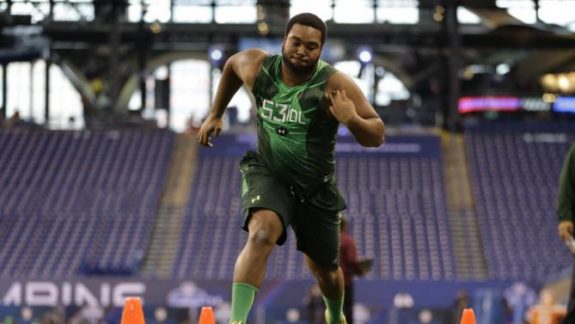 The Steelers added to their defensive line depth Saturday in the sixth round of the NFL Draft, as they selected Defensive Lineman L.T. Walton from Central Michigan.

Here’s some info on Walton from the Post-Gazette

The Steelers went outside the Big Ten and SEC for the first time when they drafted defensive lineman L.T. Walton of Central Michigan with their first of two picks in the sixth round.

Walton is 6-5, 319 pound and played in the interior at CMU but will be used at defensive end where the Steelers are thin after their two starters, Cam Heyward and Stephon Tuitt.

Here’s a tidbit on Walton from the Trib Review

Walton played defensive tackle at Central Michigan, but will play defensive end for the Steelers.

“He goes by LT and I told him if he can play like LT we will both be happy,” defensive line coach John Mitchell said. “He is a guy who stays on his feet and that’s the most important thing with a defensive lineman.”