Five Tight Ends The Steelers Should Look at in Free Agency 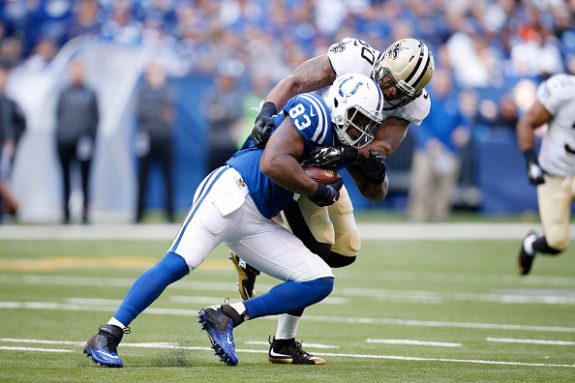 With the sudden retirement of tight end Heath Miller on Friday, the Steelers outlook in free agency may have shifted, as while the team has Jesse James waiting in the wings, they have to look at who is out there and who could make an impact at the tight end spot that could help with Miller gone.

Today we look at five players who are free agents that could come in and help at the tight end spot, and players that the Steelers will likely take a long look at now with Miller riding off into the sunset.

The 25-year-old had a down season in 2015 with a number of guys under center for the Colts, catching 16 passes for 109 yards and one touchdown. two seasons ago as the Colts reached the AFC Title Game, he was a lot more effective, with 29 grabs for 395 yards and 8 touchdowns. His best season came in 2012 when as a rookie he caught 45 passes for 521 yards and three touchdowns. He will get some looks and one should be from the Steelers.

FA CB Brandon Boykin Open to a Return to the Steelers; Will They Bring Him Back?
Bengals LB Burfict Sends a Rather Bizarre Text to Steelers RB Bell