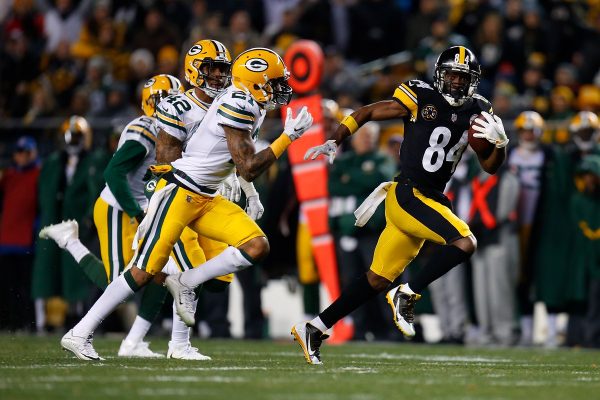 It was truly a night that belonged to the Steelers ‘Big 3’ on offense, that being quarterback Ben Roethlisberger, running back Le’Veon Bell, and wide out Antonio Brown.

When a play needed to be made, it was one of those three (or two of them) that made it. The biggest two plays that people will remember were the back-to-back snags by Antonio Brown in the final seconds that allowed Chris Boswell to come on to hit the game-winning field goal.

Brown was the spark plug, scoring twice and catching 10 passes for 169 yards. When Ben needed a play, he was the one that gave it to them.

Bell was effective as well, as he ran for 95 yards and added another 88 yards receiving, and despite the Packers having a good run D, the Steelers didn’t shy away from allowing Bell to make plays.

Then there was Ben, who threw, threw and threw some more, and for the most part was good minus two picks. On the night, the Steelers QB threw for 351 yards with four touchdowns.

On a night when the defense under performed, the offense stepped up in a big way.