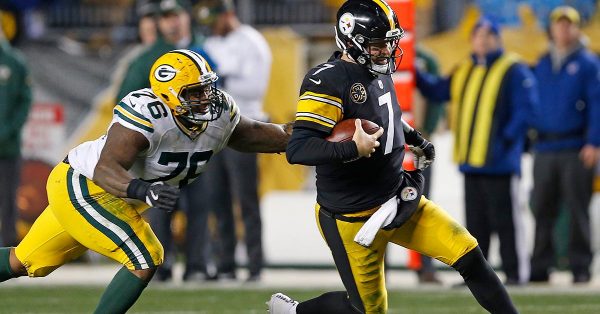 3. Winning in Spite Of Yourself

I can’t state enough how winning a game like this is not easy when you give a scrappy team with nothing to lose a chance, a couple of leads, and turnovers.

The Steelers did all of that, giving the Packers the ball three times, and also making life tough as they allowed Green Bay to build an 8-point lead at one point.

This team is 9-2, and the biggest news is they stay ahead of the Ravens by no less than three games in the AFC North, and they keep a four-game lead on Cincinnati.

It’s not a secret (as I saw on Twitter often during the game) that the Steelers can’t beat a quality team like the Pats playing like they did Sunday night, but there’s also a thought they played down to the competition, playing a team they don’t see very often.

Before you start blasting them for all the things that didn’t go the Steelers way, let’s hope this was a hiccup, similar to what happened in Indianapolis, but just like that night, they got a win, and that’s the biggest number on the night.

BIG WIN FOR THE STEELERS!!! DEVASTATING LOSS FOR THE PACKERS!!!!

CHRIS BOSWELL’S WALK OFF 53 YARD FIELD GOAL IS EVEN BETTER WITH TITANIC MUSIC!!! WHAT A GAME!!!! STEELERS WIN THEIR 6TH STRAIGHT AND ARE NOW 9-2!!!!