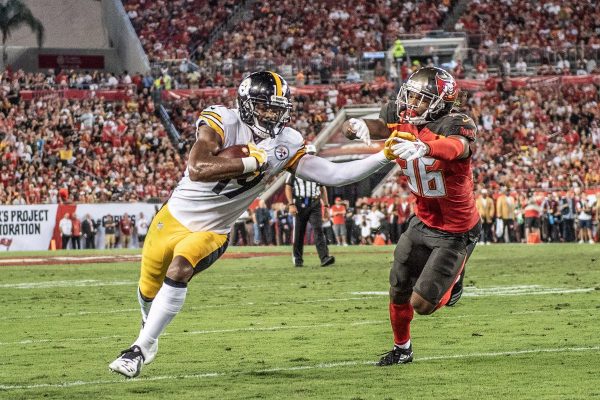 5. By in Large the Penalties Are a Joke

After three games the Steelers are the most penalized team in the entire NFL, and Monday night did nothing to help that, as they were hit for 13 flags for 155 yards.

The roughing the passer calls in the NFL as a whole are out of control, and the Steelers didn’t get any favors, as they were hit a handful of times in the three-point loss.

They were nearly hit for a huge roughing call in the final minutes, but the refs correctly reversed the call on Cam Heyward, who was pushed into Ryan Fitzpatrick.