Early Favorites, quite a few injuries 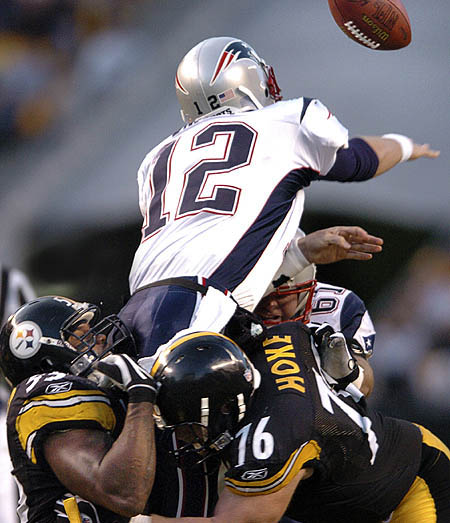 The Steelers open up as 4.5 point favorites against one of their biggest rivals on Sunday night – the New England Patriots.

Injuries may be a pretty big factor for the Steelers entering Sunday night, with the biggest injury being OL Max Starks, who reports say could be out for the season with a neck issue.

Safety Will Allen and running backs Mewelde Moore and Isaac Redman were all diagnosed with concussions following the win as well. Each player will have to pass post-concussion tests this week before being cleared to play against the Pats.

If Moore and/or Redman are out, the Steelers may have to put rookie Jonathan Dwyer in the mix. The running back out of Georgia Tech has yet to see any NFL action this season.

“We’ve got somewhat of a laundry list,” coach Mike Tomlin told reporters of the injuries. “Working off a short week, it’s important that we prepare smart in regards to working around these injuries. I’m sure many of these guys will be available for the contest, but they have limited preparation. We have to prepare smart with these guys.”

Despite being beat in every facet of the game last week in Cleveland, the Pats are still the Pats, and Tom Brady is still a guy that loves to play in Pittsburgh and beat the Steelers. Brady has completed 63.6 percent of his passes for 1,826 yards with 14 touchdowns and four interceptions.

As the week goes on, it will be interesting to see if some of the Steelers can get on the field for this big AFC showdown.