Free Agency: From An NFL Agent 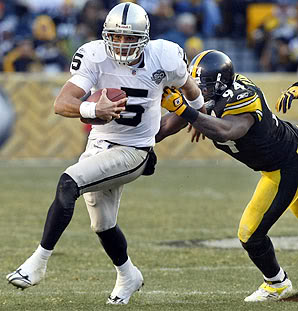 Here at NFL Gridiron Gab, we had the privilege to interview an NFL Agent. Our very own writer/reporter, Brandon Sweeney, sat down and interviewed David Canter of DEC Management to talk to him about what an NFL Agent goes through during the NFL Free Agency process. David is a graduate of both Ithaca College and the University Of Miami School Of Law. David received his Bachelor of Science in Sports Management from Ithaca in 1995. While at Ithaca David was a founding member of the Sports Management Club and played football for the Division III National Champion Bombers. Some of David Canter’s top clients are: Sean Smith (Chiefs), Eric Weddle (Chargers),Paul Soliai (Dolphins), and Brandon Siler (Chiefs). Read what David had to say about being an NFL Agent dealing with several clients, teams, and the frantic time of Free Agency.

CHECK IT OUT STEELER NATION! Bring your comments/questions to the other site!