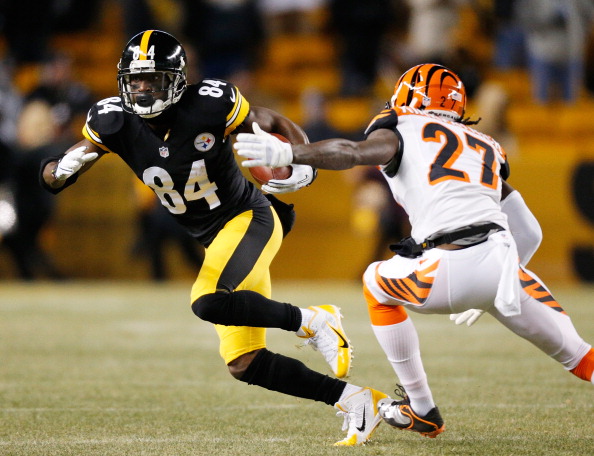 The Pittsburgh Steelers are continuing their duties of making cap space. On Friday, the Steelers restructured wide receiver Antonio Brown’s contract. According to a report, the restructure saved the team $4 million to the 2014 salary cap.

Brown signed his long-term deal with the Steelers prior to the 2012 season when he got paid over Mike Wallace, causing Wallace to hold out even longer.

The Steelers have had a busy week as free agency is set to kick off on Tuesday. The Steelers found a way to keep outside linebacker Jason Worilds barring another team tries to sign him to an offer sheet. In which, the Steelers will have a chance to match the offer.

The Steelers also resigned safety Will Allen who left the team last season in free agency but found his way back on after being released by the Dallas Cowboys. Troy Polamalu signed a three-year extension so that he can retire as a Steeler.

The Steelers have began clearing much cap space and the release of linebacker LaMarr Woodley is expected at any time now. It could happen from now to June 1 when Woodley’s release would be considerably cheaper salary cap wise.

For Brown, he is coming off his best season as a pro. Recording his second 1,000 plus yard season in his career with eight touchdowns and a Pro Bowl appearance.