Commentary: What Direction Should the Steelers Go Day Two of the NFL Draft? 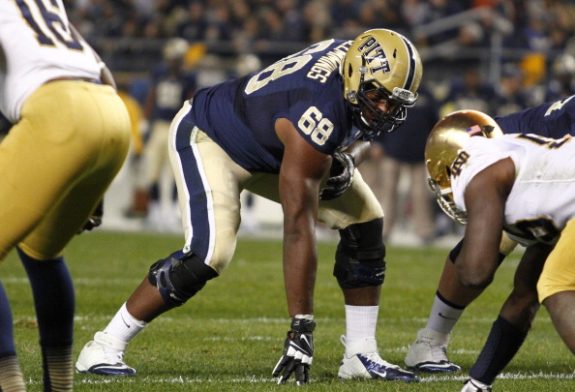 Alvin “Bud” Dupree is someone I never thought would fall to the Steelers with the 22nd pick in last night’s NFL Draft.

I assumed he was going in top 10, maybe top 15. I really think he will be the future linebacker for the Steelers.

Who will be picked in the 2nd round? Landon Collins, Jalen Collins, Randy Gregory? No – I believe they all will be gone by the next time steelers are on the board.

Trevor Anthony (TJ) Clemmings, a local college guy from Pitt seems to fit because of need at OT, but I believe offense wont be addressed until 3rd maybe 4th round and that wont even be a linemen. Eric Rowe of Utah would be a great pick for a few reasons.

One being the need at CB and will be the best available CB on the board at the time of the pick (of course if Collins not available.) Another reason being he is a four year player who didn’t rush himself into the NFL.

Then there is the Ohio State guy. Seems like every year the Steelers are taking someone from the Buckeyes. Bennett really was the key to the d-line of the Bucks.

A pro day draft visit by both Tomlin and Shazier. I believe Bennett will be the next pick. Teaming someone with a previous teammate strengthens the team because those players know strengths and weaknesses of each other.

If Bennett is not available I would go with Owamagbe Odighizuwa. Although the way defensive players are falling he still might be available in round 3 but I wouldn’t test it.

Steelers have to go defense again to help fill the void of losing Polamalu, Taylor, McCain, and Keisel. I would only draft a offensive guy in maybe 3rd depending on whose available, but for sure in the 4th