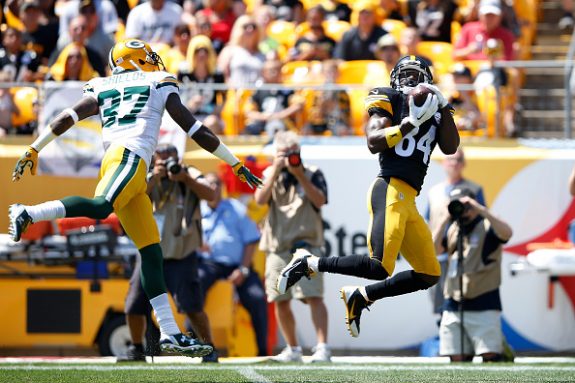 The Steelers finally were able to win a preseason game, their first of 2015, but paid a major price in the process.

The team rallied from down 16-9 at halftime to earn the win with a pair of TD passes from third string QB Landry Jones, but before all that they lost All-Pro center Maurkice Pouncey for the second time in three seasons with a big injury.

Pouncey left the game near the end of the first quarter with a broken bone just above his left ankle. Reports say he will have to have a surgery on the ankle, and it’s unknown just how much time he’ll miss.

The big news is Pouncey, who two years ago was injured on the first drive of the season in a loss to the Titans when he tore his torn anterior cruciate ligament after David DeCastro fell into him on a run play.

“He does bring a different vibe when he’s in there,” guard Ramon Foster told ESPN. “I think everybody can agree with that. But we’ll see what happens.”

Cody Wallace will be the center while Pouncey is on the shelf. The seven-year vet has started six games for the Steelers since 2013.

The Steelers were not the only ones that walked away with a big injury, as Packers WR Jordy Nelson tore his ACL, and he’s going to miss the entire season for Green Bay.