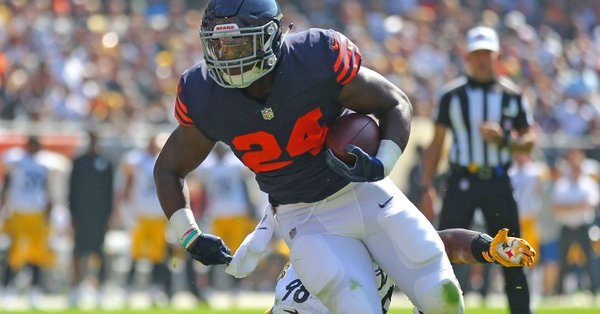 The Steelers, whose defense had played fairly well in the last two weeks, slept through today’s game against the Bears, allowing Jordan Howard and speedy little Tarik Cohen to run all over them.

What made it worse is the fact that the Steelers knew that Mike Glennon wasn’t going to throw most downs, yet they still didn’t stop the run which is insane.

Howard rushed for 138 yards and two touchdowns, and Cohen ran for 78 yards on 12 carries. They ran through the Steelers like a hot knife through butter in the overtime, and it seemed like the Steelers could do nothing about it.

Chicago put up 304 yards, 220 of which were rushing. This defense which had been getting a lot of positive press as of late, was dealt a big lesson on Sunday.