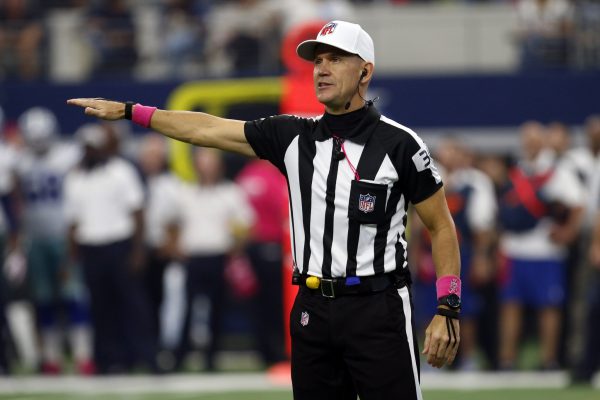 2. The Refs were Garbage

Let’s get one thing straight – the Steelers deserved to lose on Sunday, pure and simple. But as much as they deserved to lose, the guys in the stripes had a game that clearly was one that won’t be put into the Football Hall of Fame.

First there was the questionable call at the end of the half that was totally bizarre.

We all know the play and how much the Steelers hustled, but one thing that wasn’t clearly explained was why there wasn’t a 10 second run off after the Bears had a false start from the one-yard line.

Then, the two calls in overtime were so blatant it completely cost the Steelers the game. First there was a hold on Joe Haden on the long run by Cohen that almost was a touchdown.

Then what was even worse was the non-call on the game-winning touchdown as Jordan Howard went in for the score to send the Bears fans home happy.

The old theory is that there could be a hold called on every play in the NFL, but if you look at the two tweets below of the holds in overtime, it’s hard to deny they were awful calls that killed the Steelers.